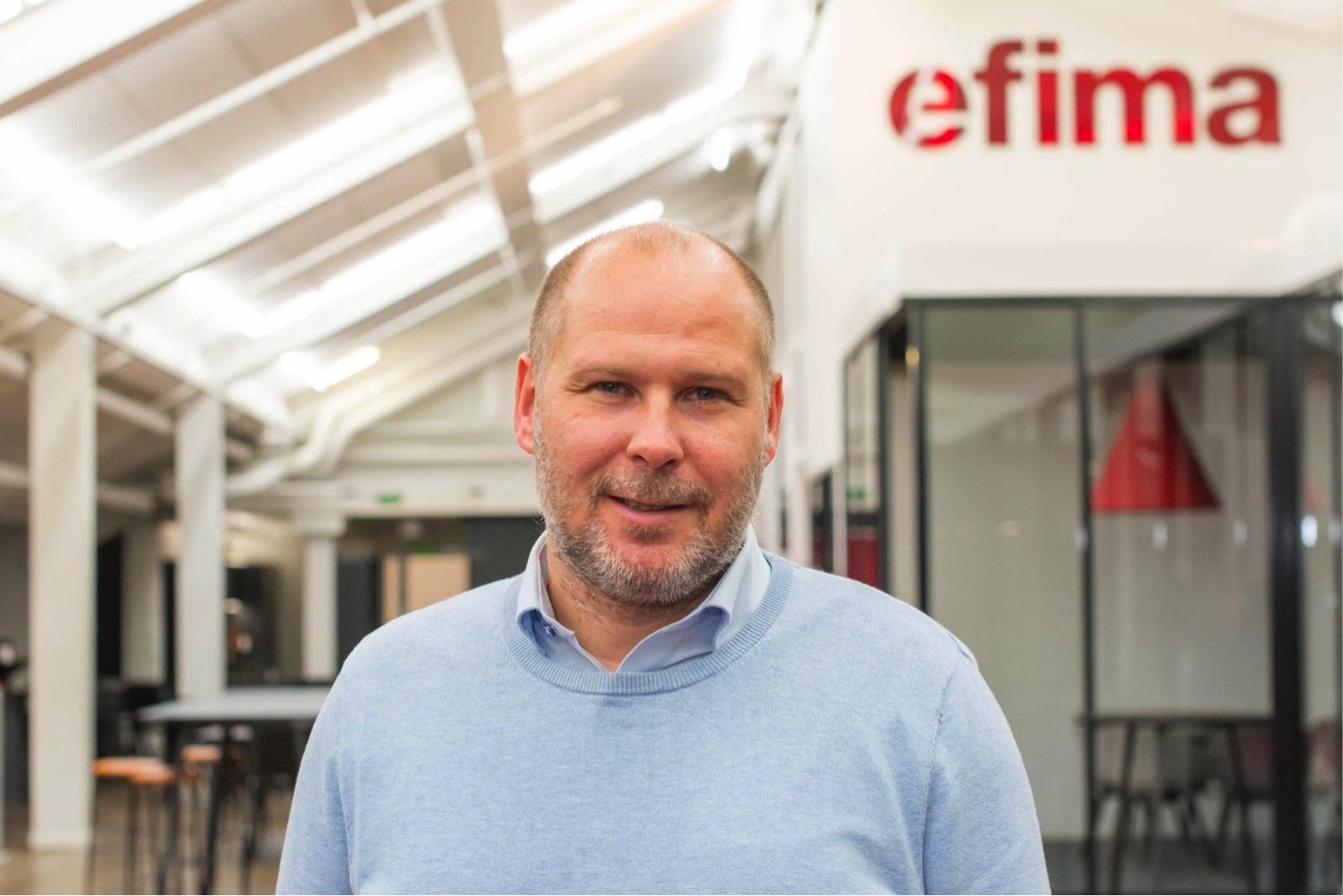 As the goals of the first vision were achieved, the entire staff of Efima travelled to Agia Efimia to celebrate in September 2017. The next growth stage and the goals of the upcoming strategy period were planned during the trip in a creative environment.

These fine surroundings were perfect to celebrate reaching our goals and making the first vision a reality. Another important part of the trip was to work effectively and to restart strategy work based on our staff’s ideas, says Tero Salminen, the CEO of Efima.

It was a big investment to take the entire staff to Greece, and we wanted to succeed also in the workshops. For this reason, we turned to Humap’s specialists, he continues.

STRATEGIC WORK WAS POSSIBLE ON A MOBILE PLATFORM

Humap did not travel to Greece with the company. Instead, the work was carried out virtually using the mobile platform provided by Humap. Group assignments done on paper were photographed or documented directly on video, which was then downloaded onto the mobile platform.

Humap’s specialists participated and provided support the entire time. It was very close cooperation, but virtual. We did not want to work in any sort of seminar facilities. Instead, we worked by the pool and at the beach, says Salminen.

I was positively surprised how functional the mobile platform was. Our employees were also interested in working and became aware that this improved our team spirit.

THE GOALS FOR ORGANISATIONAL REFORM WERE EXCELLENTLY REACHED

Salminen says that Humap facilitated the work during the trip in a very professional manner – without forgetting any warmth and humour.

They held excellent interim summaries and, in a way, always introduced coming sections based on the ideas emerging from previous topics. We returned from Greece as an even stronger organisation. We got a clear basis for new goals and plans to take Efima to the next level, says Salminen.

I believe that the key to successful strategy work is that it involves the entire organisation. Wisdom about different topics often lies elsewhere than in just senior management. Humap’s input in the process was excellent. They helped us reach the goals set for the trip, and that is what matters the most, he concludes.